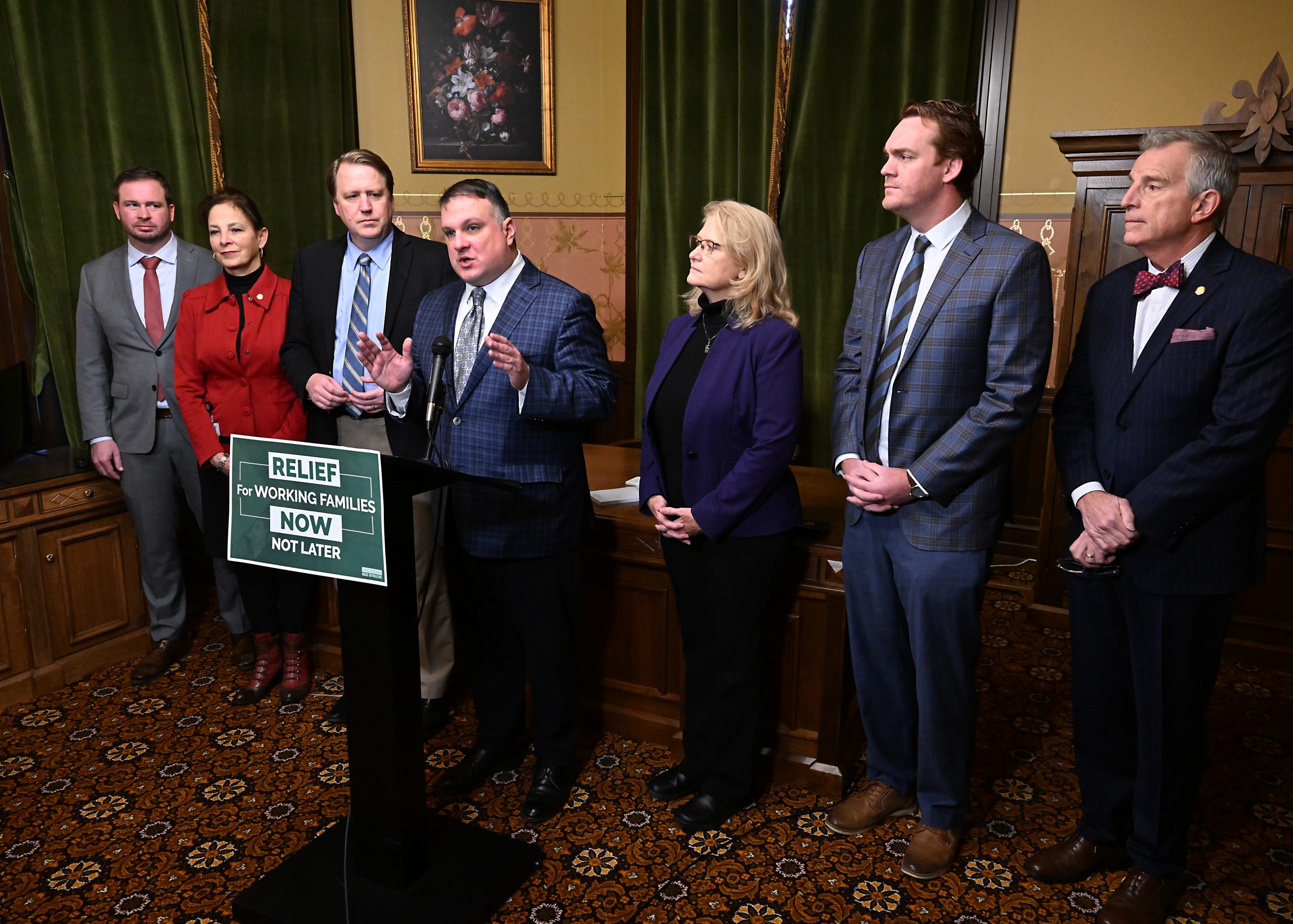 House Republican Leader Matt Hall on Wednesday touted an income tax cut that is expected to take place this year and warned Democrats not to repeal the Republican-passed law that could trigger the cut.

“Visionary Republican leadership paved the way for a likely tax cut this year,” said Hall, of Richland Township. “The state government is running a huge surplus of taxpayer revenues, while Michiganders are struggling with the rising cost of living. In previous years, Democrats have looked into blocking this tax cut law, but they should think twice before obstructing relief for Michigan families. Republicans will work to protect the law and ensure Michigan families get the relief they were promised.”

Under a Michigan law approved by the Republican Legislature and governor in 2015, the individual income tax rate is likely to be reduced later this year due to increased revenues. The law triggers a cut when general fund revenues increase at a rate greater than inflation from one year to the next.

News of the likely income tax cut comes as Hall and House Republicans are spearheading legislation to provide tax relief to working families and seniors in Michigan. The plan would more than triple the earned income tax credit for Michigan workers and dramatically increase savings for both working and retired seniors.

“This Republican-led income tax cut will help everyone in Michigan, but we shouldn’t stop there,” Hall said. “We can do even more to provide immediate relief for the working families and seniors who are struggling the most.”