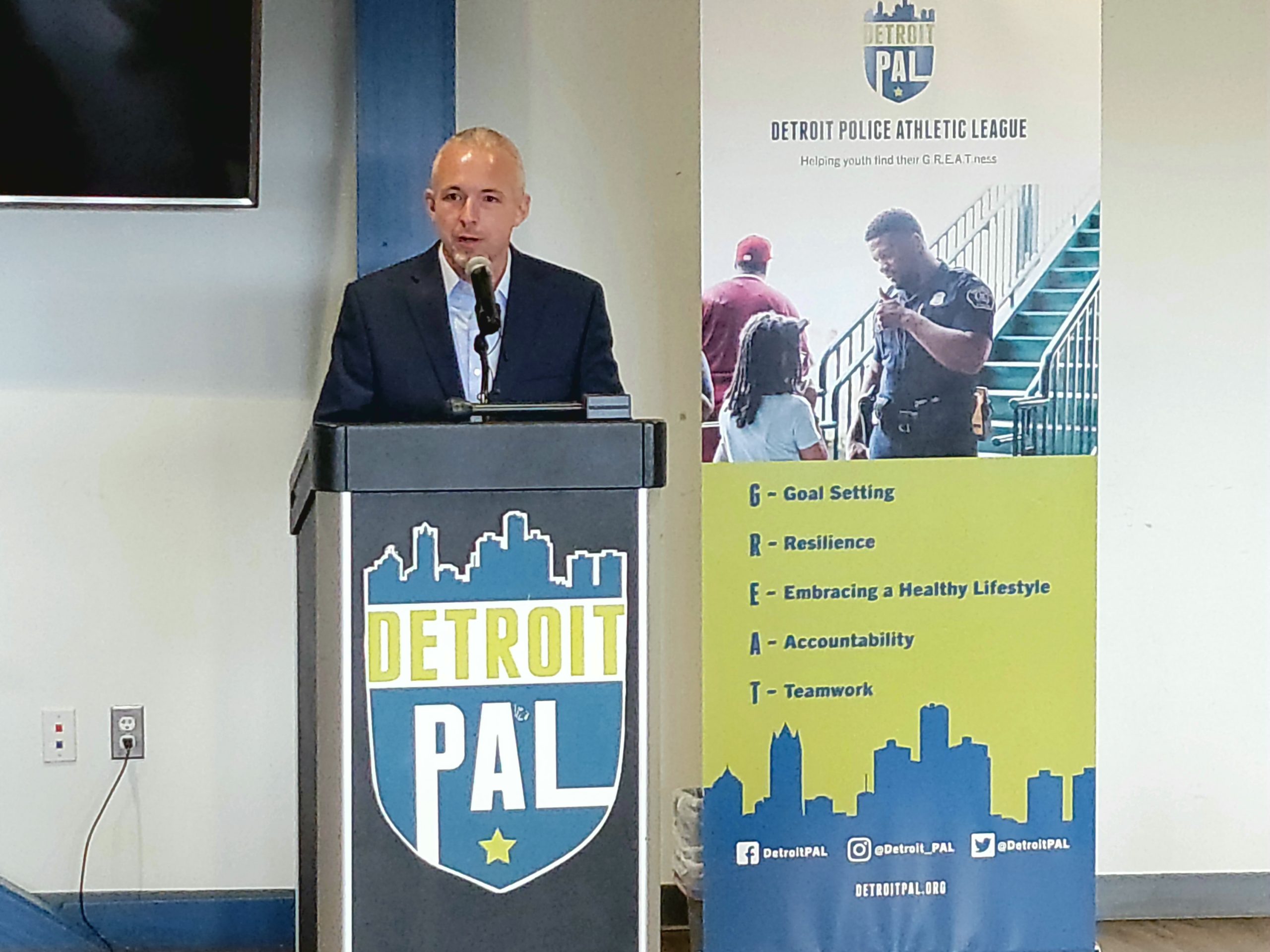 Speaker of the House Jason Wentworth and state Rep. Karen Whitsett today announced a plan to spend $15 million in state funding supporting community policing in the City of Detroit and beyond. The proposal would fund the Detroit Police Athletic League’s new Community Connection Initiative, which seeks to spread athletic activity and mentorship programs across the state.

“I’ve worn the badge, and I’ve seen the importance of strong community policing,” said Wentworth. “When you make it a real priority, it can change lives and make real, tangible improvements in public safety. While others are looking to defund programs like this and limit police presence in the community, we have made it a priority in the state House to support our local police who are doing it right. PAL stands out as exactly the sort of program we are looking to help.”

Wentworth and other representatives with a law enforcement background recently announced an $80 million plan to support recruitment of talented officers, support for mental health and training services, and an incentive program for new community policing ventures. That funding passed through the Legislature in May. Today’s announcement is for a new $15 million appropriation for the Police Athletic League, spread over the next five years as the program expands to new locations.

“The Police Athletic League is strong success story in Detroit,” said Wentworth. “In a time of division and political posturing, they’re making the community safer by bringing people together. I am grateful to Rep. Whitsett for being such a strong advocate for this program and Detroit and to the team at PAL for doing such a great job making a difference. The Detroit Police Department is doing it right, and we are going to have their back at the state Capitol.”

Speaker Wentworth talks to Capitol reporters on the House floor Tuesday after the passage of House Joint Resolution R, which would change the state’s term limits law to allow lawmakers more time in each chamber while reducing the overall time they could serve at the Capitol. Speaker Wentworth says the plan, which Michigan residents would […]

Speaker of the House Jason Wentworth today released the following statement after the Michigan Independent Pharmacy Association named state Rep. Julie Calley their legislator of the year after the passage of Pharmacy Benefit Manager reform: